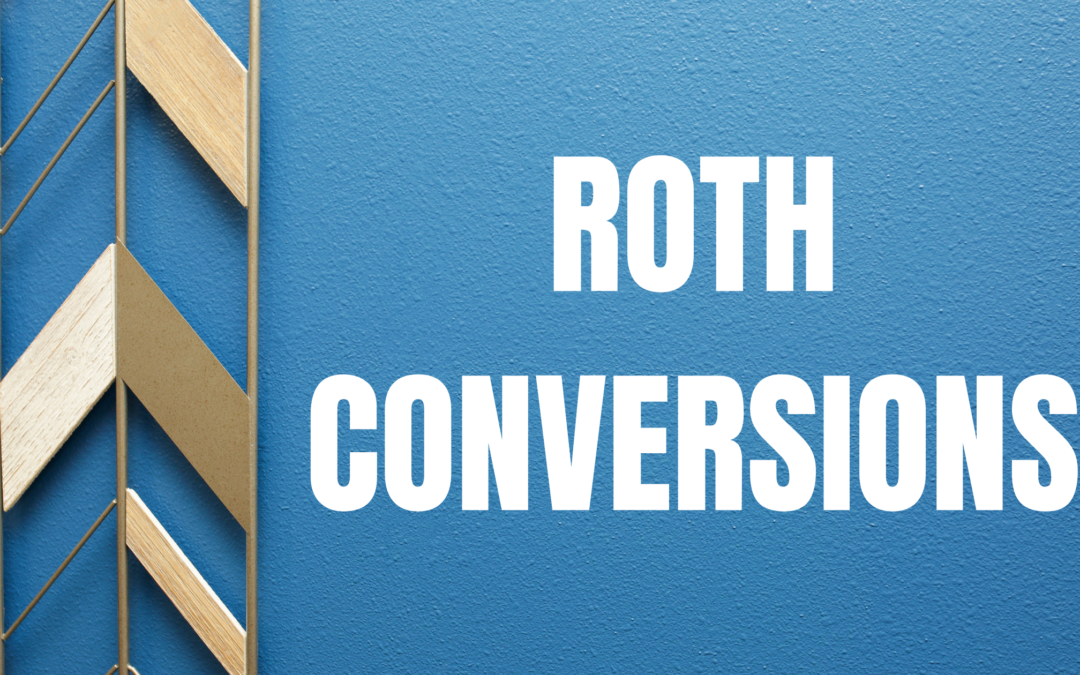 Hey everyone Chad here.  My last video on roth conversions got a bunch of questions from you guys.  I had messages, texts, emails and some phone calls.  So, I wanted to take some of those questions and I wanted to kind of take the top three four questions and answer those to try to give some people some more information.

The first question I got was is there a limit to how much you can convert in a year’s time?

The answer to that is no you can convert any amount you want.  There is not a limit the only thing you want to watch is you want to watch your top tax brackets.  You don’t want to convert in a higher tax bracket that you’re in then you’re going to be in at retirement.  Now, sometimes we know that sometimes we don’t but, we want to just use common sense when we’re converting

and be careful with how high we go within that in a year’s time.

The other thing I got asked was how much can you contribute to a roth in a year’s time?

I mentioned a second ago that we’re going to talk about income limitations.  If you are married filing jointly you can make up to 196 thousand dollars and still contribute to a roth.  As soon as you go over that your amount you can contribute begins to decline.  When you hit $206,000 that amount that you can contribute is zero.  So, from $196,000 to $206,000 there’s a phase-out period.  At $206,000 it’s zero.  If you’re married filing separately, if you’re head of household, or

Those were the three big questions I wanted to answer.  I did want to just mention for those

high income earners that are over that 196 or 206 thousand that want to contribute to a roth there are options that are known as the back door roth.  I’m not going to really talk a whole lot about that right now but I’m going to set up a little spoiler here: we’ll have a conversation about this down the road.  So, the back door roth–spend some time googling that if you’re over that

Hopefully this has answered some of your questions.  As always if it raised some more questions or if you want to discuss further or have other issues that come up.  Don’t hesitate to reach out and I hope you guys have a great day.